Your ghost host with the most, Professor Morte’, brings you a special SCIENCE version of the Silver Scream Spook Show for the Atlanta Science Festival! Morte’ and his gang of ghouls will entertain you before we screen It Came from Outer Space in 3D and your favorite genetically-modified rock band, Leucine Zipper and the Zinc Fingers, will play after!
Tickets available on site only.

It Came From Outer Space (1953)
80mins
Jack Arnold’s 1953 Sci-Fi Classic “It Came From Outer Space” starring Richard Carlson, Barbara Rush, Charles Drake and Russell Johnson. Aliens crash just outside of a small town and take on the appearance of several missing townspeople. Is it an invasion from another world? 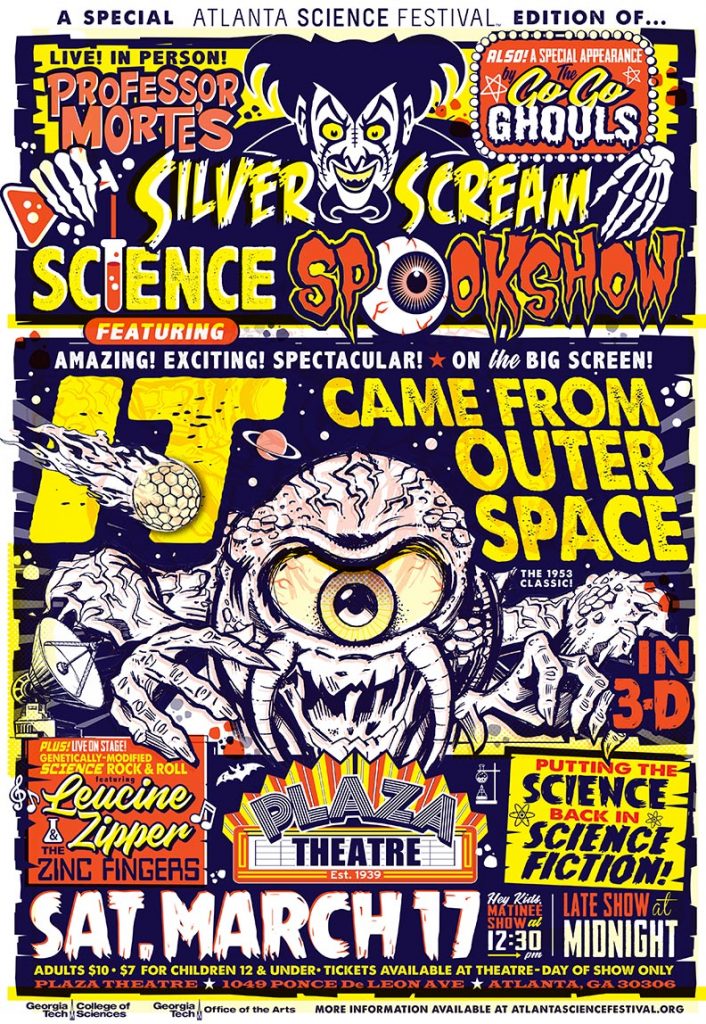